An Overview of Business Contracts 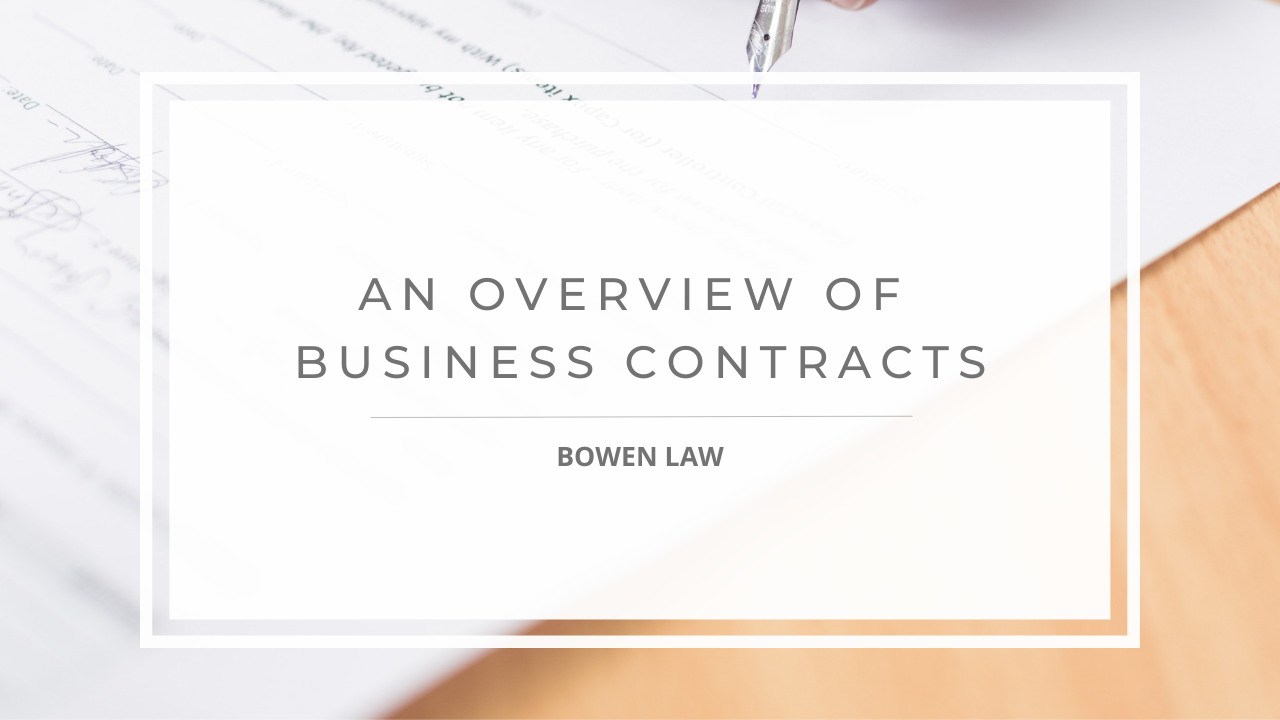 Simply put, a contract is a legally binding commitment. A court will usually enforce a contract if something of value is exchanged between the parties who make an offer and the other party who accepts the offer. When deciding how to draft a business contract, make sure that all of these aspects are there so that if there is a disagreement, a court will rule that the contract is legitimate and can be enforced. Thus, we are going to explore the key points of business contracts.

When Do You Need a Contract?

When you want to be sure your rights are protected, you’ll need a contract. Contracts should be drafted to foresee potential issues and include a method for resolving disputes in addition to describing the obligations of all parties.

A contract can help protect both you and your company’s assets if you’re the owner of a company. For instance, if your firm hits a snag, you can use a contract to protect yourself from liabilities.

A common blunder is assuming that a minor project does not necessitate the use of a contract. Even minor projects might run into problems, so it’s wise to have a contract in place to ensure your safety.

Essential Components of a Contract

If all six of the following criteria are present, a contract is legitimate and legally binding:

This first and most important element entails each party’s duties and responsibilities, as well as a value exchange. That value could be monetary or related to a desired action or result.

In theory, it isn’t called an offer until it is received by the recipient. Even after the offeree has received it, it can be retracted, changed, or terminated at any point before acceptance.

The offeree may also make a counter-offer. The previous offer is canceled when a counter-offer is made, and the parties are now in the process of negotiating for a new desired conclusion.

Acceptance is when you agree to the terms of an offer. Offers don’t have to be accepted verbally; they can be accepted through actions. If someone claims to accept an offer but does so on terms that differ from the initial offer, this is referred to as a counter-offer rather than an acceptance.

Silence is not considered an acceptance; it must be communicated to the offeror.

To be legally binding, both parties must be aware that they are engaging in a contractual agreement. Both parties to a contract must be active participants. They must acknowledge the existence of the contract and willingly agree to be bound by its terms.

In the end, the contract’s goal is to provide what it promises: consideration. Due to contractual purposes, consideration refers to the agreed-upon value, which might be an action or an item. Contractual considerations can include services, property, and even protection against harm.

It’s worth noting that there doesn’t have to be a monetary element for consideration to be valid. A service exchange agreement, for example, is sufficient to satisfy the legal burden of consideration.

In the simplest terms, a person cannot sign away their rights. The truth, of course, is a little more complicated, and that is why contract law demands that all parties prove that they understand the contract’s responsibilities, conditions, and implications before signing.

The court refers to this knowledge as “legal capacity,” and each party signing the contract must show it for it to be valid.

People who fit into one or more of these categories, in general, may lack the legal competence to validate a contract:

Finally, all contracts are governed by the laws of the jurisdiction in which they are carried out, including any local, state, and federal laws and ordinances that apply. A contract for an illegal act or goods cannot be enforced. Even if the parties were unaware at the time, if their agreement violates local laws, their ignorance is insufficient to address the legality burden. It should also go without saying that a contract involving illegal action is void.

Should an Attorney Always Review a Contract Before Signing?

This question is always answered affirmatively. When you enter into some kind of business deal, you will be handed a contract that appears to be written in stone. The majority of individuals are unaware that they still have negotiating power over many areas of the contract. This is why, before signing on the dotted line, you should always consult with an experienced attorney.

Businesses often require a variety of contracts with their clients, partners, and other business associates. As a business owner in Muskegon, don’t put off having a contract in place; it will safeguard your business and save you money in the long run. Request an appointment and let our attorneys assist your company in legal matters you are facing.