Will My Civil Litigation Case Go to Trial? 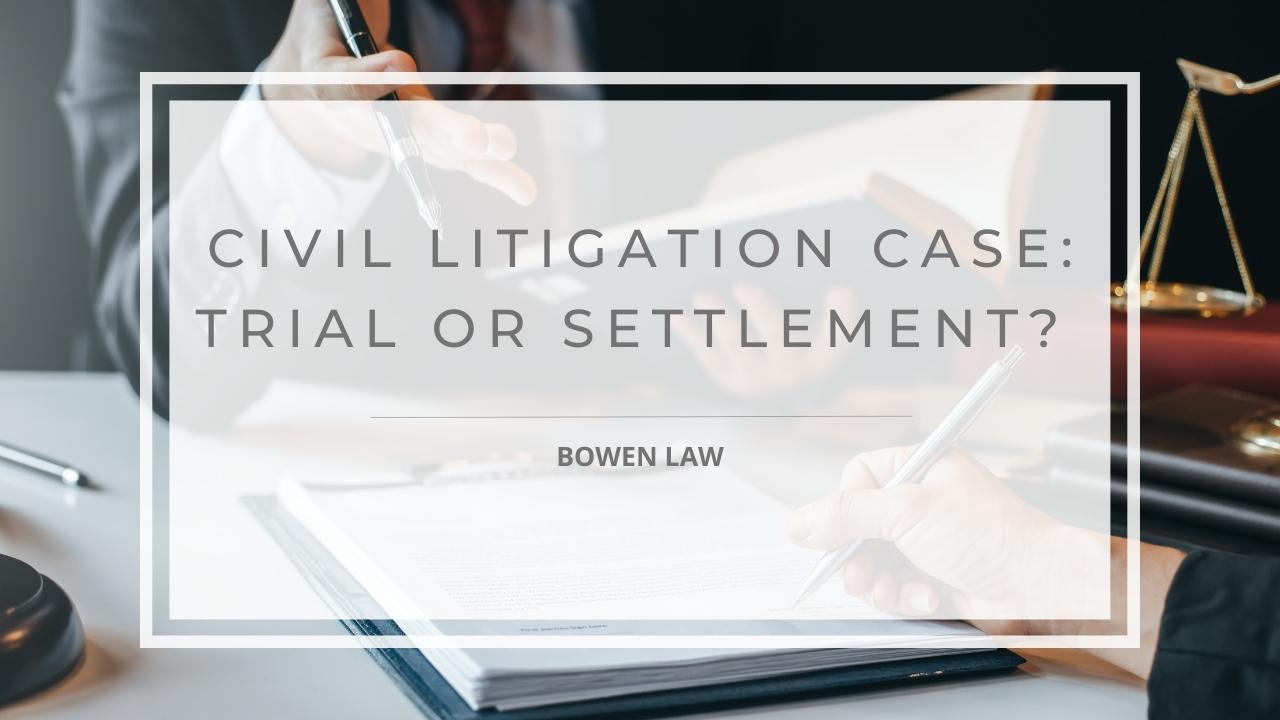 While pop culture has ingrained in us the image of lawyers duking it out in court for a lawsuit, in reality, most civil litigation cases don’t go to trial in the US. Often, one of two things happens: both sides agree to settle the case or have the case dismissed due to lack of merit. Sometimes, the litigating party may even abandon the case altogether. So will your litigation case go to trial?

Statistically, most cases don’t go to trial, but that doesn’t mean you shouldn’t be ready for the possibility of your case going to trial. To better prepare you for that scenario, we’ll go over some examples of civil litigation cases, the costs involved, and the court process in Muskegon. As they say, luck favors the prepared.

Civil litigation aims to resolve non-criminal disputes between different parties. This advocacy means that a wide range of situations falls under civil lawsuits. It could be a marriage dispute, disagreements over a business contract, real estate boundary issues, and everything you can think of except violence-related cases.

Here are a few examples of civil litigation cases to help you understand better:

A tort claim arises when a party suffers physically or financially due to the actions of another party or the lack of action when it was pertinent. Torts are either personal injury or business-related. The personal injury tort is one of the most common types of claims.

A breach of contract occurs when one of two parties fails to uphold their agreement’s terms. Failing to deliver a product after a customer paid for it can be considered a breach of contract. This case is common worldwide.

Whatever the type of litigation case, it follows a similar procedure. First, a complaint is filed, followed by a discovery process to gather information. Once the information is verified, one party often offers a settlement. Should that not happen, the case would go to trial.

Civil litigation cases do not result in trials very often, but you should know the costs involved if one were to happen. It will also give you a better idea of where to stand concerning a potential settlement agreement.

The National Center for State Courts (NCSC) developed a model for estimating civil litigation costs, referred to as the Civil Litigation Cost Model. While numbers will shift around, the undeniable fact is that the highest costs during a litigation case come during the discovery and trial processes.

If you want an estimate, having a senior attorney handle everything for a litigation case will cost around $10,000. Also, it’s essential to take note that this is the cost for both sides.

You can easily find data about the number of cases that go to trial in Muskegon County through the Michigan Courts website.

For example, in 2020, the 14th circuit court had a total caseload of 280 civil litigation cases, 164 of which were new cases, 109 were pending from previous years. Among them, 91 were settled or uncontested, 75 were dismissed by the court, and two were transferred. That means 60% of cases never reached trial, and the remaining 40% didn’t have a verdict in that same year. Granted that 2020 was a very complicated year, it still serves as a reliable frame of reference. 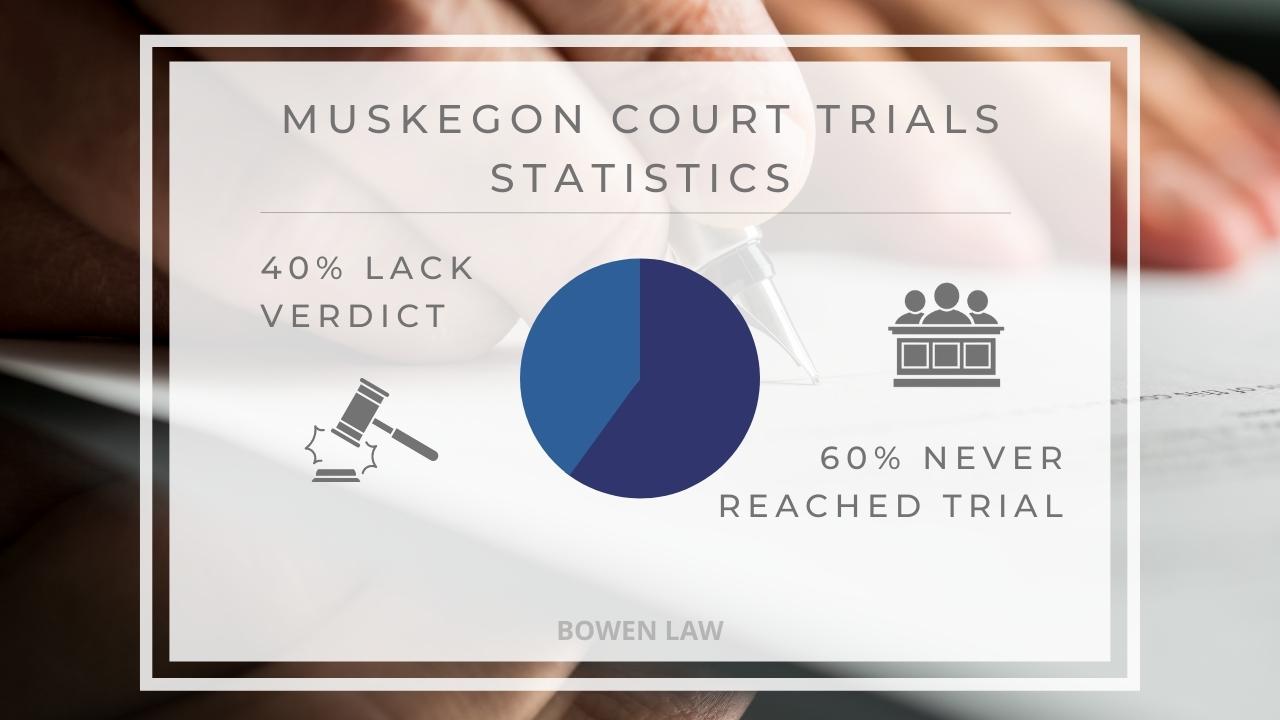 Here’s an actual example of one civil litigation trial in Muskegon:

The Department of Justice announced in 2009 that it had entered into a consent decree with Muskegon County, Mich., which, if approved by the court, would settle the Department’s lawsuit against the county alleging that it had violated Title VII of the Civil Rights Act of 1964 by subjecting a former female employee to sexual harassment that created a hostile work environment.

Muskegon County agreed to pay $120,000 in damages to the former female employee on whose behalf the United States initiated the lawsuit. Furthermore, Muskegon County revised its policies to provide supervisors and employees with more specific directions on handling and reporting sexual harassment.

Facing a litigation case should never be taken lightly regardless of the abovementioned statistics. That’s why it’s in your best interest to lawyer up to avoid costly escalations that will bring nothing but frustration. The sooner you have professional legal advice, the better the odds of getting or offering a fair settlement.

The seasoned Muskegon civil litigation attorneys at Bowen Law draw on a diverse set of expertise and have tried a wide range of disputes in both state and federal courts. Experience matters and our attorneys have it. Contact a Muskegon attorney and get that lawsuit handled by professionals.